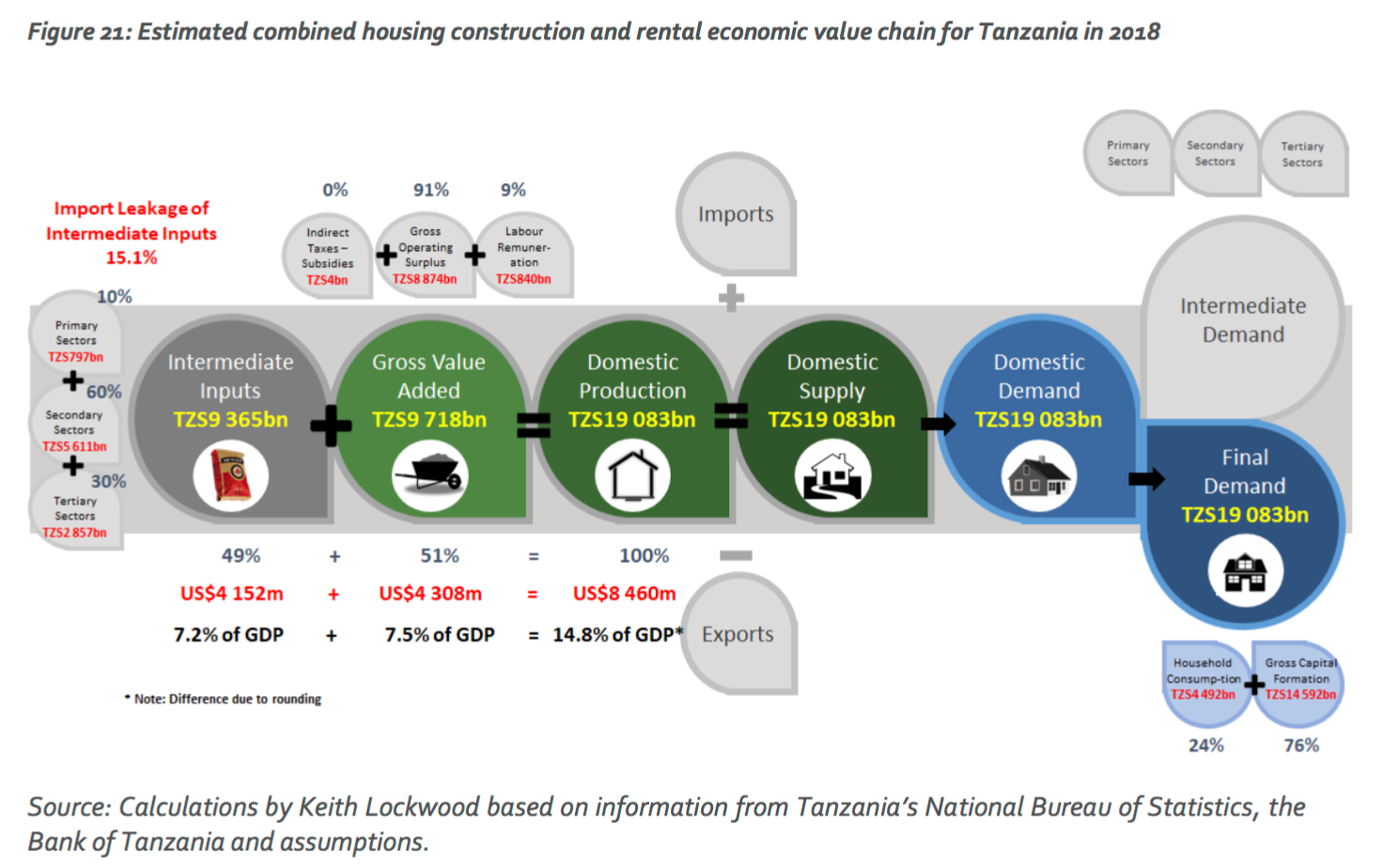 This report uses CAHF’s Housing Cost Benchmarking and Housing Economic Value Chain Modelling methodologies to analyse the Tanzanian housing market. It forms part of a series of reports on Housing and the Economy which utilise a pioneering methodology to describe, quantify and compare the impact of housing on the economies of African countries.

This report maps the structure of housing supply and demand in Tanzania, applying the methodologies to estimate the contribution of housing construction and rental activities to Tanzania’s economy. This enables the identification of key areas in Tanzania’s housing system that could be improved to maximise the production of owned and rented housing that better matches the demand profile of Tanzania’s urban and rural households.

The report finds that Tanzania’s housing sector is poised for a major disruption due to rapid population and urban growth and continued low levels of housing affordability from increasingly smaller urban households. Given considerable constraints to effective housing demand in Tanzania, increasingly higher proportions of urban households have been forced to rent informally or build accommodation incrementally outside of the formal housing construction market. This implies the need to both recognize and support the role that informal rental markets play in providing housing in Tanzania as well as to facilitate more, and more affordable housing options in the housing market.

The Housing Economic Value Chain analysis demonstrates that housing construction and rental already have a significant economic impact in Tanzania. The analyses also demonstrate the major potential that the housing sector has to become a cornerstone of Tanzania’s future economic growth and diversification. Housing construction and rental markets offer a virtuous cycle which, if developed and sustained properly, would simultaneously enhance economic growth, stimulate manufacturing and services expansion and diversification, and directly contribute to a critical societal need for more affordable housing.