Kwangu Kwako was established in 2015 as a social enterprise focused on building safer homes for households in low income and informal settlement areas in Kenya. This blog was contributed by its founder, Simon Dixon, and describes their unique approach to housing and housing finance. 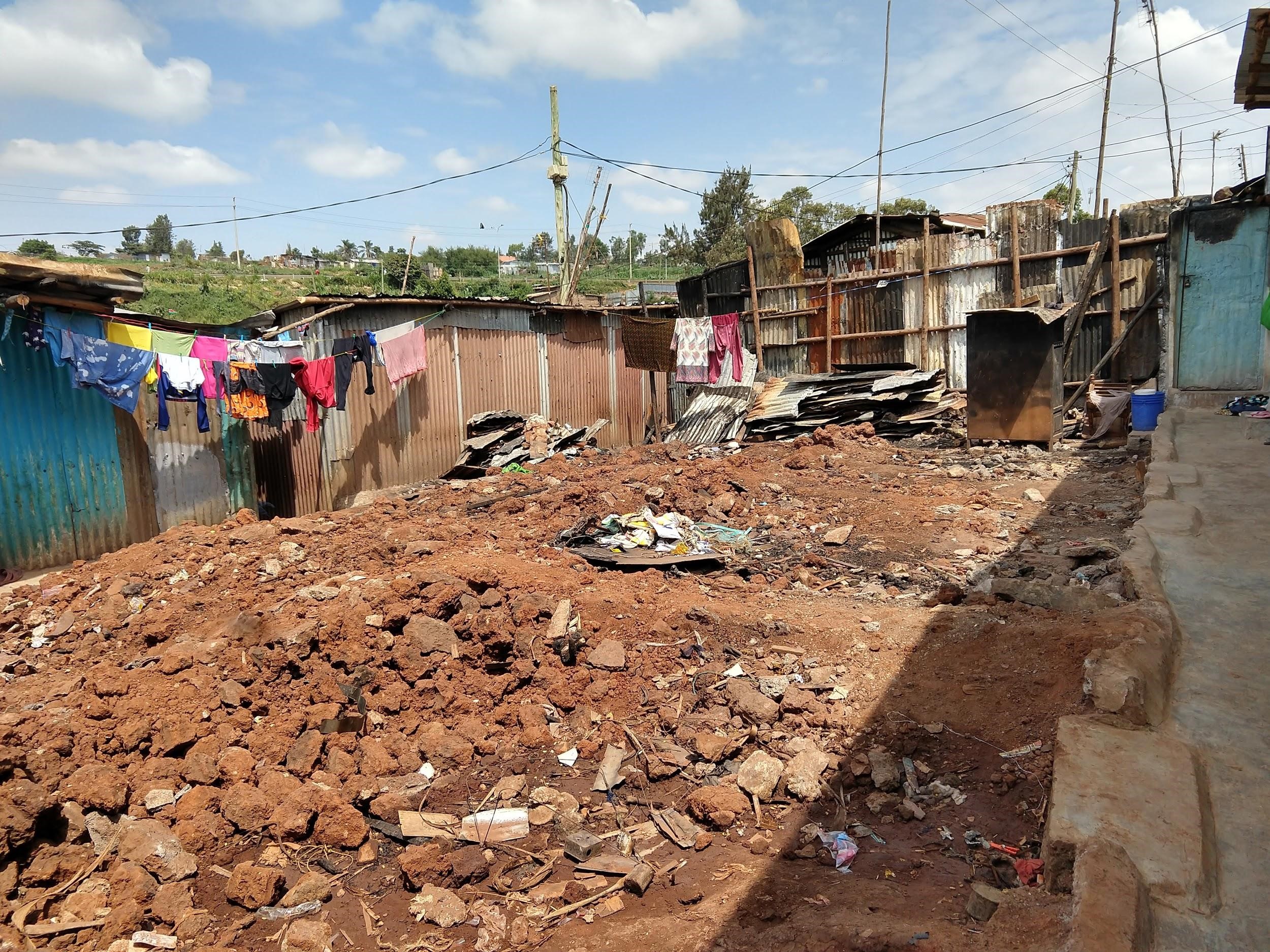 Figure 1. The density and materials of the housing in informal settlements such as Kibera create an environment where fires are devastating and easily spread. On this particular plot, seven houses were leveled before neighbors were able to quell the flames.

While working for a previous social enterprise, Kwangu Kwako (KKL) founder, Simon Dixon, witnessed the after effects of a brutal fire which decimated a neighborhood in one of the many informal settlements in Nairobi. The flames razed 200 homes, affecting approximately 1 000 people. Yet amidst the rubble, he was astonished to see concrete toilets still standing tall. “Why are the toilets better than the houses? Surely that is the wrong way around?” he considered. Kwangu Kwako was born.

In Nairobi alone, an estimated 2 million people live in metal (mabati) shacks in informal settlements. Fires, floods, and petty crime present difficult challenges for the families who come to these communities in search of urban opportunities. Given their low-income status, many have few mechanisms to cope with the financial and personal trauma of events such as the loss of a home.

Kwangu Kwako initially developed its unique modular housing solution to address this common challenge. The final product however much more value than protection from sudden catastrophic events such as fires. KKL houses are truly affordable, safe, durable and secure, enabling the peace and confidence families need to invest in a better future. Kwangu Kwako builds houses so people can make homes. 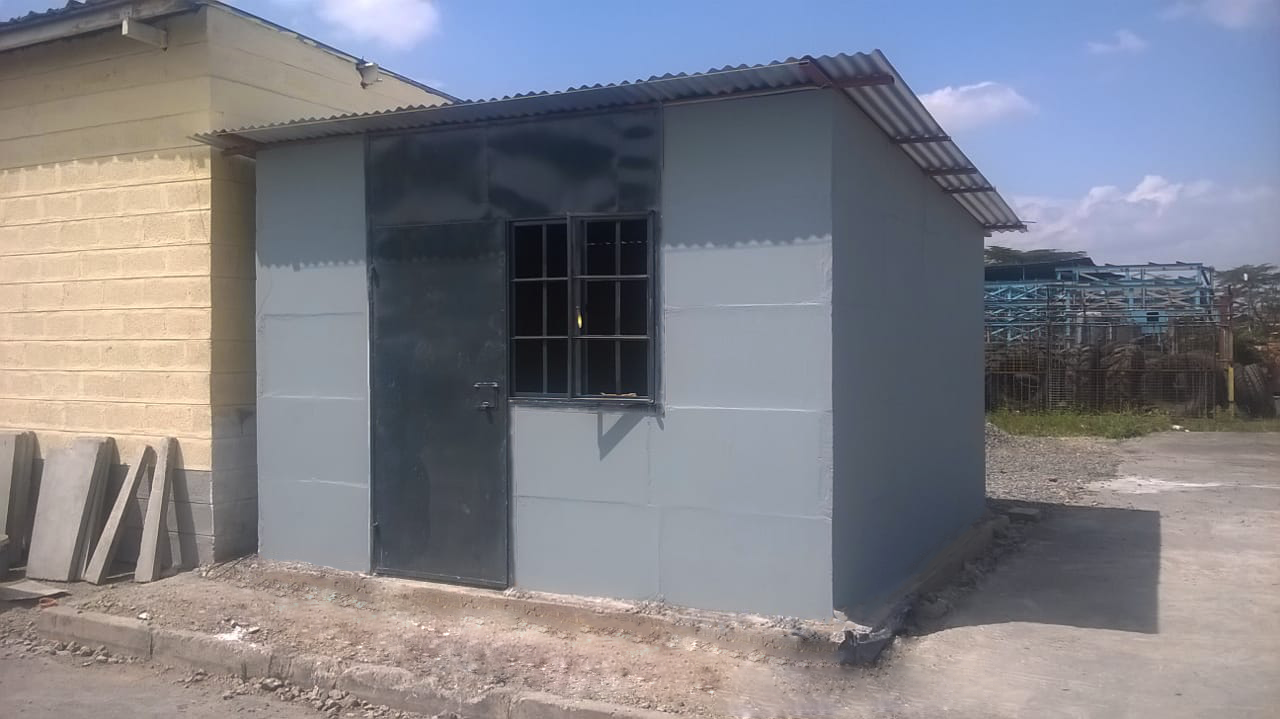 Combining reinforced, interlocking wall panels with pre-fabricated doors, windows and roof structures creates a level of safety, durability, and security of the structure not previously experienced by the residents. Despite its solidity, the structure is still semi-permanent and can be removed and easily transported. This means that the KKL house can be developed in informal areas, therefore providing a stable, safe and secure house which can then be removed in case of ‘relocation’ stemming from property development and/or government intervention.

The modular panels and components enable a cheap and efficient construction technology, which can be applied for a variety of solutions, including – upgrading shacks, incremental, rural housing, or even temporary housing. KKL has also built offices, changing rooms, classrooms and a community centre in low income areas.

In Nairobi, KKL’s target audience is not tenants but landlords, as over 80% of informal-settlement and low-income housing is rental. Note that the term “informal settlement” is not necessarily synonymous with “slum” as traditionally understood but also applies to peri-urban areas where small-scale landlords own the land but might lack proper documentation on tenure. Oftentimes, this means that they were unable to access financing for formal development and have chosen to construct shacks for rental purposes, instead.

Kwangu Kwako realized early in its journey that to have a real impact they needed a solution that gave the owners of rental housing an incentive to improve their properties. Low maintenance, increased rental income, increased occupancy levels, and lower customer turnover all ensure a strong return on investment for these owners whilst providing an improved and dignified home for tenant families. 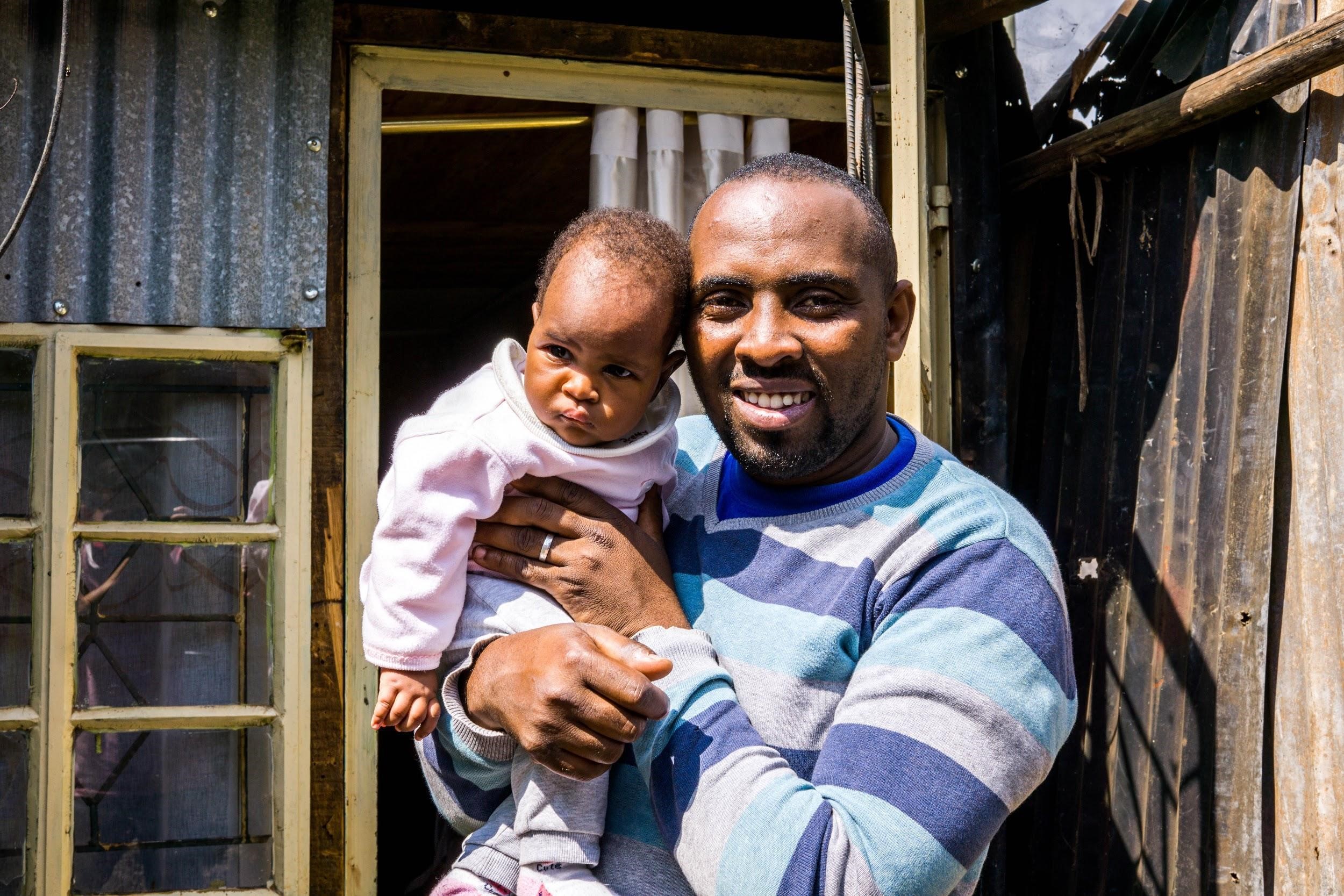 Figure 3. “Before Kwangu Kwako, I could not afford to build good houses when people can come and be comfortable. I think everything with Kwangu Kwako — it’s a life change. Because before we had mabati houses, and they were not that good. The people living in those houses could not even afford to pay monthly. You can imagine that if it’s not a good house the people who are coming to those houses are not financially stable.” George Mburu, a structure owner with KKL since 2018

Kwangu Kwako just sold its 50th unit and closed 4 sales in the last 2 months. In 2019, KKL also embarked on its growth phase through the delivery of 14 homes in the Kawangware Project. Kawangware is a predominantly low-income settlement in the west of Nairobi located approximately 8 km from the city centre.

In a recent survey, customers and beneficiaries of the KKL project expressed high levels of satisfaction with their units. However, two outstanding issues cropped up repeatedly… Among structure owners, the terms of the currently available 3 year loans proved problematic, as the payments more or less were the same as the rent prices they were collecting, resulting in zero or net losses on the homes. To address this, KKL is exploring alternative 5-7 year financing measures to address this issue.

For KKL, designing and building the houses was the easy bit. Finding a workable customer finance solution has been the real challenge. Traditional mortgage and asset finance solutions from banks do not recognize semi-permanent buildings. Micro-Finance Institutions, on the other hand, tend to have short lending periods that do not allow a loan repayment below the rental return. Banks and MFIs both require 100%+ security in terms of documentation such as land titles, which oftentimes are unavailable in the KKL context. Finally, as many customers participate in the economy informally, income streams are difficult to prove for approval of loans etc.

On the plus side, the KKL house provides:

Given the above, KKL tested a new product through connecting Zero Kap, to Musoni, a microfinance institution. The Zero-Kap fund provides interest-free funding to individuals and groups in developing countries, therefore allowing traditionally marginalized communities to access affordable finance. Through the Zero-Kap Fund, Musoni could extend credit to KKL customers via a 3-year term at 10% interest – which is the best available option at the time. However, the proximity of rental levels and loan repayment values still presents a challenge.

From KKL’s experience, owners need a 7-8-year loan product. Currently, in partnership with HRSV (KKL’s biggest investor) KKL are setting up a housing finance fund specifically to offer longer term finance products to KKL customers building on the lessons learnt to date. This product will unlock the final roadblock to scale for KKL, and should be available before the end of the year. Anyone interested in investing in this fund should contact simon.dixon@kwangukwako.com.

KKL also plans to launch a flat pack solution wherein licensed contractors train in building KKL homes and then receive a kit of parts for them to build. This will allow more rapid expansion across Kenya and more economical construction in more rural areas.

Finally, the next challenge KKL have set for themselves is developing a 2 storey design that still maintains the $1000-1250-unit cost per room. KKL is seeking ideas and support for R&D funding and design in order to take this idea forward.