The Ministry of Lands Housing and Urban Development under its initiative of the Uganda National Urban Forum hosted a public dialogue in Kampala on the 21st of July, 2019. The forum brought together various stakeholders in the urban sector to discuss issues pertaining to urban development. The dialogue defined the urbanization sector in Uganda and drew on experiences and statistics of cities in the world based on UN Habitat and World Bank studies. At the dialogue, participants discussed the existing urban challenges that necessitate better Metropolitan planning. These include urban sprawl, congestion, interconnectivity, patterns of commuting that challenge economic development, proliferation of informal settlements, poor housing, strained social services, and the difficulty of defining the jurisdictional boundaries of interconnected urban areas.

According to Uganda’s National urban policy, metropolitan areas include one or more urban areas – including satellite cities, towns and rural areas – that are socio-economically tied to the urban core. These regions are typically measured by commuting patterns. The functional linkages of metropolitan regions extend beyond administrative and political boundaries and usually include a number of local governments, peri-urban and rural lands as well as neighboring cities.

Metropolitan regions are becoming an increasingly important unit for planning and development. With continued urbanization around the world, cities are becoming more economically interdependent with their surrounding settlements and hinterlands, creating metropolitan regions with a single economy and labour market, a community with common interests and benefits of joint actions in various sectors. Metropolitan regions are defined by their spatial dimensions, based upon the functional relationships of resource cycles, regional economic systems and formal as well as informal settlement structures. The economic links between the core and the periphery may become so close that one part cannot succeed without the other, and thus they are perceived and behave as a single entity.

Many metropolitan areas are struggling with fragmentation, inequity, spillovers, and dysfunctional governance systems. The provision of public services such as public transport, drainage, sewage collection, waste disposal, emergency services etc. is often fragmented and not addressed at the appropriate territorial level, resulting in higher operation and maintenance costs and financing challenges as local governments fail to capitalize on economies of scale. Additionally, different areas within the metropolitan area receive services of varying quality resulting from the different income levels and tax bases of the respective local governments. 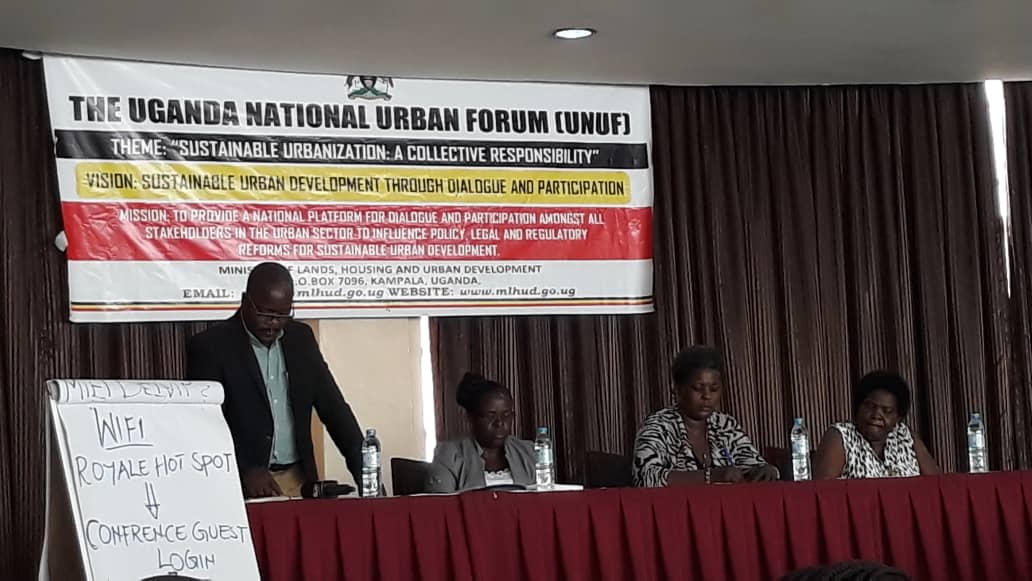 The dialogue reviewed the case of Kampala Capital City Authority, Mukono, Wakiso, and Mpigi local authorities. It was noted that it is difficult to detach the functional relationships between these local authorities, as they have shared linkages in commerce, labour, job creation, social services, and infrastructure provision. The interlinked functions of these entities highlighted the urgent need to operationalize the Greater Kampala Metropolitan Area (GKMA). This Metropolitan planning approach has been promoted in a series of policies in Uganda, including Local Government Integrated Planning guidelines, the National Urban Policy, the draft National Physical Development Plan report and the National Planning Authority’s Economic Development strategy.

The dialogue also raised the need for formal and informal institutional arrangements to coordinate development, to undertake joint functions for more efficient and equitable service provision, for cost sharing, for effective and efficient use of scare resources, and for supplementing individual local government efforts. A number of opportunities were identified for operationalizing a metropolitan governance framework for the Greater Kampala Metropolitan region including:

The dialogue also considered a number of challenges that could hamper the operationalization of this Metropolitan governance framework:

As a way forward, the Ministry of Lands Housing and Urban Development took on the following issues and action points:

The meeting concluded with a call for all stakeholders to actively participate in the Uganda National Urban Forum as a platform for deliberation on national level issues that can strengthen systematic physical planning and urban development in Uganda.