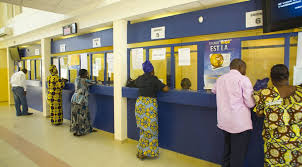 The Basel III framework is an internationally agreed set of reform measures developed by the Basel Committee on Banking Supervision with a view to strengthening the regulation, supervision, and risk management of the banking sector. These measures raise the bar of the supervision framework relative to what was in effect before the global financial crisis (Basel I and II), essentially by introducing stricter capital and liquidity requirements for commercial banks. The objective is to reduce the probability of bank failure and thus to make the banking system safer and more resilient.

But there have been concerns about potential unintended effects on access to finance, especially in developing countries. The main contention is that the Basel III measures are designed for advanced economies and would not be a good fit in countries where banks are the main providers of formal finance to households and firms, and where there is a limited role for financial markets and non-bank financial institutions.

Despite these concerns, several African countries have recently adopted or are planning to adopt a set of regulatory reforms to comply with the Basel III requirements. As a case in point, the Central Bank of West African States, which covers eight West African countries, has not only adopted minimum capital and liquidity requirements in line with Basel III (with a five-year transition period from January 2018), but has also set the minimum capital adequacy ratio higher than the level required in Basel III.

To help frame policy discussions around the likely effects of Basel III on access to finance, we have reviewed findings from several studies of the issue. Here we present the key insights.

These negative effects are due to the strategies that banks may adopt to comply with the higher capital and liquidity requirements. For example, banks could choose to raise additional capital and liquidity, and pass on the associated costs to their borrowers via higher lending rates or fees, which in turn could reduce demand for loans. Banks could also choose to shrink the size of their assets, especially if they face either difficulty or high costs in raising new capital and liquidity. This would result in a downward shift in the supply of loans.

Another way for banks to improve their liquidity and capital ratios would be to shift the composition of their asset portfolios towards less risky or more liquid assets – for example, by replacing high-risk-weighted loans with low-risk-weighted loans; by increasing the proportion of government bonds and other liquid assets; or by reducing the maturity of loans. The consequences for the overall volume of bank lending would be minimal, but long-term loans and loans to riskier borrowers would be disproportionately affected.

Insight 2: The adverse effects on bank lending are likely to vary substantially across banks and across countries. These variations reflect differences in a range of factors – for example:

Insight 3: There are also potentially positive effects, as well as substitution towards non-bank lending.

Assessing the total impact of the new regulations on lending should consider not only the potential negative impacts, but also the potentially positive effects on bank lending, as well as the substitution effects towards non-bank lending.

Taken together, these three insights suggest that whether and to what extent Basel III will have negative effects on access to finance is an open question. But importantly, the insights suggest that the negative effects can be offset, at least partially, if both the regulatory authorities and the commercial banks adopt the right strategies, which depend crucially on the context.

CAHF would like to delve deeper to understand the actual impact as well as the perception of the new regulations among African financial institutions: How do they respond to the new reforms? What challenges are they facing in achieving compliance and how do they manage to overcome them? What consequences do they see or expect in their activities, both in the short and long term? To access the attached survey, please click on the button below.

By: Nketcha Nana, Ph.D. in financial economics (University of Laval, Canada). This blog builds on a consultancy work done for the Centre for Affordable Housing in Africa (CAHF). It has been previously published on the SAIFM website as well as on  Globaldev.