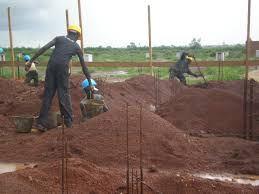 In Côte d’Ivoire, access to affordable housing is a major concern for the population as well as for the public authorities.

While this problem affects all social categories, it particularly affects the low-income households. Indeed, recent data compiled by the Centre for Affordable Housing Finance in Africa (CAHF, 2018) show that the costs of building the cheapest homes remain out of reach for a large part of the country’s population. This suggests that solving the problem of access to affordable housing would be difficult without the establishment of financing mechanisms adapted to the realities of low-income households.

The aim of the study was to establish the housing investment profile for low-income households in Côte d’ivoire:  The aim was to collect and analyse relevant data to understand how these households invest in their housing and the constraints they face throughout the process. The specific objectives are organized around the following five thematic axes:

For this study, a survey was conducted in the district of Abidjan from 28 June to 27 July 2019, on a random sample of 602 households (Cocody and Plateau municipalities, which are known to be the home of high-income households) were excluded from the survey

Overall, the results suggest that low-income households in the District of Abidjan are predominantly renters (69 percent), and the majority of these tenants (67 percent) have housing investment plans.

However, analysis of the owner’s profile shows that in almost 7 out of 10 cases, access to the property was as a result of an inheritance. Very few low-income households actually invest in housing. And when they do, it’s mostly on equity; bank financing for the purchase or construction of housing is rather rare (4 percent).

Given the importance of home ownership to tenants, it is important to put in place measures that can facilitate investment in housing. The analysis of housing investment approaches, as presented in this report, suggests that, among other things, there should be: