The Kenya National Bureau of Statistics has released additional reports of the 2019 Kenya Population and Housing Census (KPHC). Volumes II, III and IV of the reports present additional demographic and socio-economic information gathered during the census.

The first volume of the census reports had been published in November 2019, presenting the population by country and sub-county. From this report, Kenya’s population is 47.5 million, or 12.2 households. The country’s average household size is 3.9. The second volume of this report presents the distribution of population by administrative units, and distributed by gender, number of households, land area, and population density. From this, Nairobi County emerges as the most populous region, with a population of 4,3 million residents, or 1,4 million households. This is followed by Kiambu county, which was estimated to have 2,4 million or 795,241 households, and Nakuru county, which had 2,1 million residents or 616, 046 households. Volume III of the report breaks down the population by age, sex and administrative units. This report presents that Kenya still has a predominantly youthful population, as illustrated below. 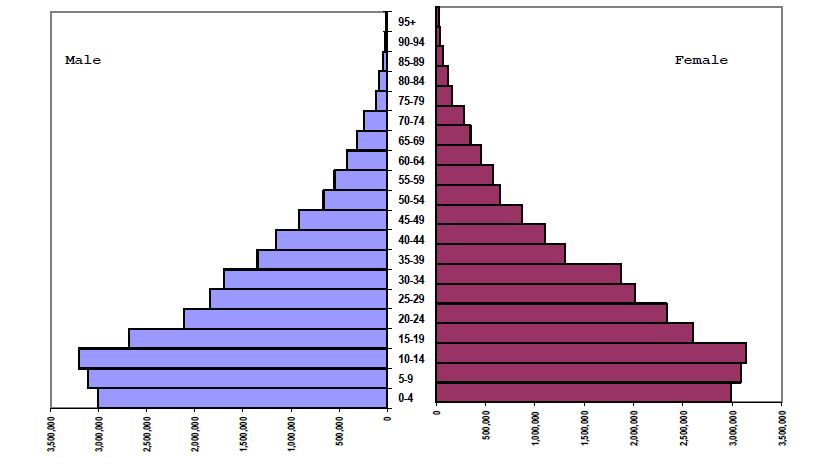 In Volume IV of the reports presents the distribution of population by socioeconomic characteristics, including education, activity status, housing conditions and amenities, agriculture, disability, religious affiliation, access to Information and Communication Technology (ICT) and ownership of household assets.[2]

Some notable housing-related statistics emerging from this report are listed below:

Cities of Kisumu and Mombasa –

Own construction (among homeowners):

Majority of home owning households have constructed their own houses.

The main suppliers of rental housing are individual investors.

The second ‘largest’ provider of rental housing is private companies, which provide 6,0% of rental units countrywide, 7.3% in rural areas, and 5.6% in urban.